To the Mom of Many Young Children 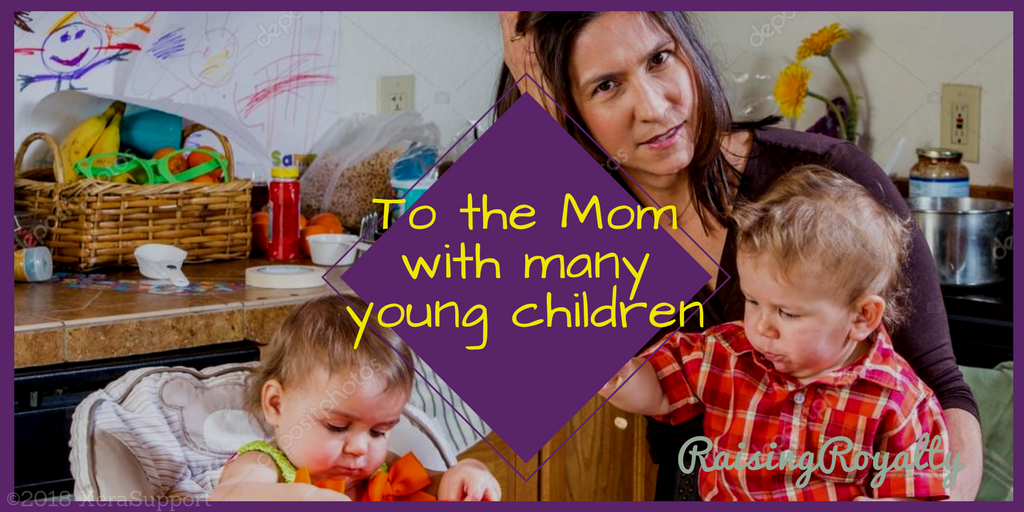 To the mom of many young children…

Hey there..  Thanks for reading.

I know you’re probably stealing a few minutes between diaper changes, or maybe reading a few sentences while nursing the littlest. You probably won’t read all of this all at once, and you’ll have to bookmark it to read the rest later.

That first baby, so sweet, opened a whole new world. You breathed in those cuddles, and would just sit and marvel at those tiny fingernails, those amazingly long eyelashes and that perfect rosebud mouth. You barely put your child down, even for a moment, and your heart raced whenever you let someone else hold him.

It was hard to adjust to no sleep, and not knowing why this kid was crying. But at the same time, you treasured every minute. Even when you felt like a zombie because you hadn’t slept more than 40 minutes at a time in a week, and shower? what’s that?

Toddlerhood was so much fun. It was a good thing they could walk already, though, because the next one was coming, and back aches aren’t as much fun. You felt a little more confident about a 2nd baby, because hadn’t you done this already?

Except two babies, because let’s face it, your first was still a baby, is even harder than one baby. It was a celebrated, blissful miracle if naptime coincided for even just a few minutes. 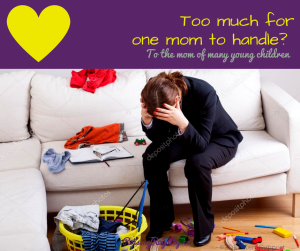 Then came baby number three, with a toddler and preschooler underfoot. Toilet training, diaper changing, and wiping everyone’s butts — there’s just too much poop for one mom to handle!

But it’s awesome to see how your preschooler holds the toddler’s hand, to walk around the room, as the preschooler shows her little brother just where everything is at Grandma’s house. And those sibling hugs? Make refereeing the sibling rivalry worth it.

I know you probably haven’t had the time to even think about that for a minute (between rescuing the baby from the toddler’s overeager fingers, and trying to teach your kindergartener about zipping their own coat, you’re busy!)

Take a few minutes and just look around at your children. Not only have you managed to convince the Powers-that-Be that you’re qualified to care for little humans, but you’ve kept them safe, alive, and (relatively) clean! And more than that, they are thriving. They are growing, learning, and becoming people. That. Is. An. Accomplishment.

Some days, you’ve got this.

Everything clicks into place. You can get out the door with all the little ones dressed, down to tied shoes, and you’ve even managed to swipe on some eyeliner and lipstick. You didn’t need to make a 2nd trip into the house for the missing keys, sippy, stuffie, blankie or your wallet. Everyone cooperated, and your kindergartener even helped with the carseat straps for his younger sister. And gave her a kiss too.

You can’t walk without tripping on a toy, and if you don’t step on the lego, you step on the mushy cracker. At least, you hope that was mushy cracker. You haven’t made it out of pyjamas, let alone brushed your hair, and your 3-year-old used your lipstick as a crayon. (2 months ago, and it’s still on the wall…) You’ve thrown animal crackers and cheesies at the kids, and in your exhaustion, you’re mindlessly scrolling Facebook or Pinterest. 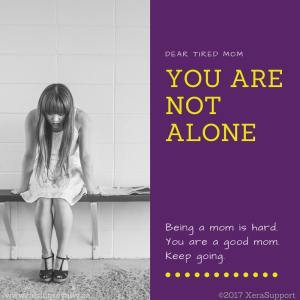 It’s all good. It’s all normal. And you’re not alone.

This motherhood thing is not for the faint of heart. Whether you have just one or a van full of car seats, parenting the under 7 set is physically exhausting.

I’ve been there. I’m still there! Having a lot of young children can be isolating and draining, and at the same time, exciting and fulfilling.

I’m not going to fill this post with useless platitudes.

When you’re overwhelmed, the last thing you want to hear is: “Treasure these moments, dear. It passes all too quick.” Because you know it passes too quick. I know it. I feel guilty, because my 2nd (and 3rd and 4th) child’s toddlerhood is a bit of a blur.. because I was battling morning sickness, again.

The truth is, the days are long, and the years are short. And, to be quite honest, it’s a good thing it passes quickly. No one can handle that level of physical exhaustion forever. So enjoy the moments you can, but don’t feel bad pushing for a tad more independence in your 2 year old.

Yes, I know you probably have your phone in your hand more than you really want, but snap those shots anyway. And take selfies! When you’re a busy mom of many, you can be the one taking all the pictures, and never in them. Let your kids photobomb your selfies. Those may be the only pictures they have of you in their childhood.

Get out more with your kids.

It’s odd how having so many little ones around you can feel both so lonely and yet so crowded. At the end of the day, you’re longing for adult conversation, and you don’t want to talk to anyone! It’s easy for a mom of many young children to hibernate and isolate themselves.

I know it’s hard to find other mom-friends, when you have a 9 month old, a 2 year old, a 4 year old and a 5-almost-6 year old. You can’t talk on the phone without pausing every two words. You can’t stand around and talk after church with the other moms, because you’ve got to corral the kids and get them home for lunch and naps. 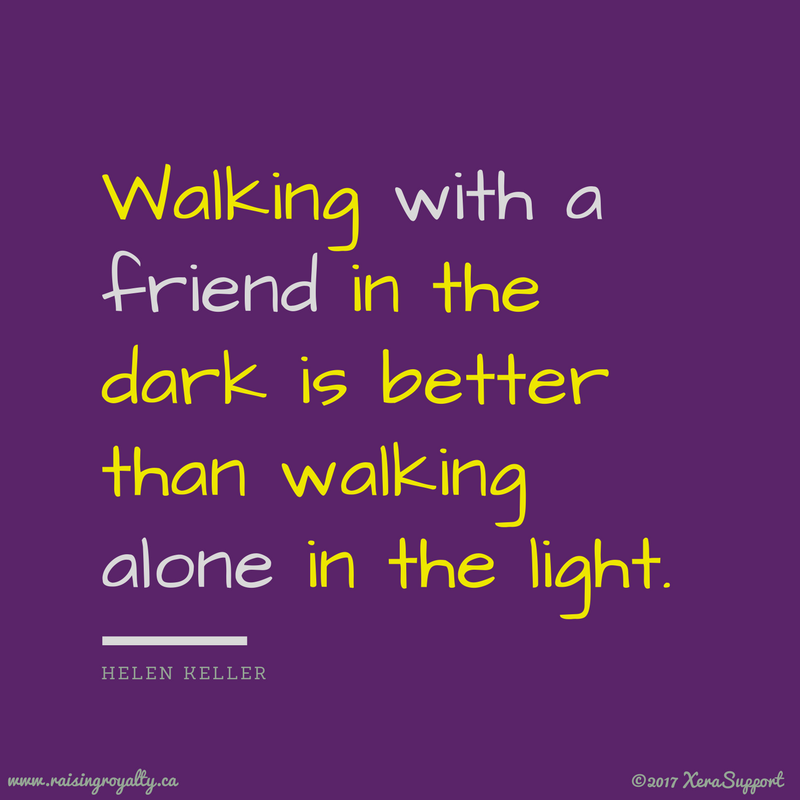 But keep trying. Find your tribe.

Take the kids over to someone else’s home, even though you know it interrupts your whole day. Have someone over for play-dates, even if you have CHAOS (Can’t Have Anyone Over Syndrome). Find those friends that don’t care what your house looks like, and aren’t going to care that you see their mess either. Because they need the conversation, interrupted as it is, just as much as you do.

When you have a lot of little kids, it can seem like going online is easier. But, and this is coming from someone who is online all the time, you need face-to-face contact. You need human touch, and not from someone whose hands are a third the size of yours (and probably sticky).

Dear Mom of Many Young Children, you aren’t failing your kids by having them so close.

Give your 4 year old a towel, and have them dry the dishes with you. Let your 2 year old wipe down chairs and tables with their own clothes. Your 3 year old can be fantastic at matching the socks while you fold laundry, and even your toddler can help straighten their own bed. And as you teach and model now, it won’t be long before they don’t need you do it with or for them. They can do it for themselves, and then you can enjoy that hot cup of coffee — while the kids clean up!

There are perks to this many-young-kids thing, BTW. 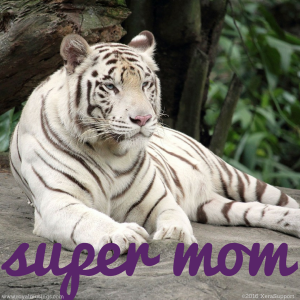 There’s almost always someone to play with. There’s a self-teaching thing, as the older ones teach the younger ones. And as they get older, there are more hands to hold the baby, fetch things for you, and generally be helpful.

My favorite perk  of being a mom of many young children? We’re a party, wherever we go. And we create fun, no matter who we’re with. There’s something about the smiles and comments as my children, walking two-by-two with their buddies, that makes me proud.

Be proud, mom of many young children. You’ve got a fantastic family.