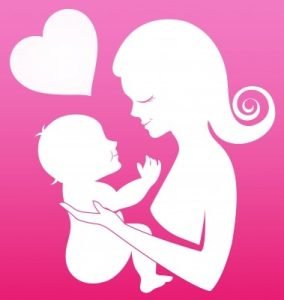 Motherhood began with a shock

I was all of 19 years old when I discovered I was going to become a mother. 19 years old, just finished my first year of university, at home with my parents for the summer, and the relationship from which child resulted had ended. I’d been sick for about 6 weeks before it dawned on me that I could be pregnant.

I made my best friend buy me the test, and with shaking hands I did it in her bathroom. It came up with two pink lines immediately, and I had to sit on the floor in shock. I remember nearly floating down the stairs to show her, in equal amounts excitement (I was estatic!) and fear (terrified of my parents’ reaction, among other things).

Sitting on her couch, just trembling, I couldn’t speak. I couldn’t think beyond the thought that I was pregnant. It didn’t even register that it meant an actual baby.

My parents’ reaction wasn’t pleasant, and the father of my child was as supportive as he could be for the shock of finding out his ex-girlfriend was pregnant. I stayed with him for about 6 weeks, growing increasingly sick, depressed and struggled physically and emotionally. There were days I couldn’t get out of bed without immediately throwing up. My strength was depleting fast.

Hyperemesis is nothing to be ignored, and my obstetrician ordered several ultrasounds over the next few weeks, along with blood tests and a battery of examinations. I was on medication to try to control the vomiting, but I was still losing weight. There were concerns about my baby’s kidneys and heart formation, and my stress levels grew higher, and depression grew worse.. a self-defeating cycle.

I moved into a shelter for young pregnant women, where I stayed till the end of my pregnancy. It was the 8th ultrasound, approximately 3 weeks before my due date, that decided things for my OB. She informed me that not only was I in “prodromal” labour, and already 3 cm dialated, that my baby was head down and in position, and that my little girl! was undersized and not growing in utero. She told me to prepare for a baby, because if I didn’t have this child over the weekend, I would be by Tuesday of the next week.

I went back to the shelter with mixed feelings. I was 9 months pregnant, more than ready to meet this child, and yet.. the possibility of a less-than-healthy baby was scary. The whole weekend I spent on pins and needles, awake for hours with contractions that didn’t stay regular, that ebbed and flowed. Tuesday morning, bright and early, I called the hospital to find out when I was scheduled to go in.

Finally it was time

It wasn’t until 1 pm that I was finally admitted to hospital. My mother arranged for her sister to accompany me, and the shelter had hired a doula for me, and they came into my room shortly after the nurses had me in hospital gown and hooked up to the monitors. The doula and my aunt had a grand time talking in the corner, while I was given an iv, and a scalp monitor was placed on my daughter, and the pitocin started. I watched tv, while they talked, and occasionally asked for a drink.

The contractions started at approximately 3 pm, and boy did they hit with a vengeance. The doula and my aunt occasionally looked over at me and asked how I was doing, but for the most part, I was left to myself. The nurse was with me all the time now, monitoring contractions and my daughter’s heart beat, and encouraging me to bear with it. I asked and received a shot of novocain about 4 pm, and by 5 I was ready for stronger pain relief. My aunt talked me out of it, and I waited. At 6 I was more insistent, but the nurse checked and I was told it was too late!

It was go time, and they paged my OB, and began preparing to wheel me into the delivery room. Things were moving very quickly though. Faster than they were ready for, I was ready to push. They rushed me into the delivery room, and the nurse told me not to push. But my body had already taken over. My OB jogged into the room, just in time to catch my baby girl. As she was coming out, I felt a horrible burning, which I now know was called a “ring of fire”, as I tore with her passage.

My daughter was born at 6:33 pm, at 5 lbs 8 oz, and 19″ long. She was a beautiful pink baby, so tiny the nurses called her my little peanut. I stared at her in adoration, as the doctor delivered the placenta, and then they whisked her away to do all their tests and baths and myriad other things. They gave me another shot of oxytocin, as I was bleeding quite heavily, and my OB struggled to stitch up where I tore.

I think I was bleeding almost too much, because I believe I passed out. Anyway I ended up in a ward room, and I’m not sure how I got there. I wasn’t allowed to get up for 24 hours, and the nurse brought me my baby. I tried to nurse, but I was so tired and so foggy, that I struggled. My baby was so small she struggled too. We had no strength to push through this.

The next day, the nurses helped me up and I showered, fighting nausea and dizziness. I was still bleeding very heavily, but they let me sit up and try nursing again. The day after, they sent me back to the shelter, with this tiny little girl.

The shelter staff was very alarmed. Here I was, pale as a ghost, anemic, sick, still fighting depression and exhausted, with this premie-sized newborn. The first night, I was up all night attempting to nurse my baby, crying with her. The shelter staff grew more nervous. The next night was the same. By Friday, I took my now listless baby back to the hospital. There she was admitted for jaundice and put on formula.

Friday night, I slept beside her crib, feeding her every hour. Saturday, the hospital was ready to release her, and I waited for the paperwork, anxious to take my baby home again.

It was 9 pm at night when a man came into my room. He asked me to step outside into the hallway, and informed me he was so sorry, but I wasn’t going to be able to take my baby home. The shelter had said they weren’t comfortable with me being anemic and sick and my daughter being so tiny, to allow me to keep my baby there. So I sobbed as the social worker took my daughter, bundled up in her little car seat away to foster care.

I sat in the hospital lobby room, unsure of what to do, stunned. A new mom, foggy with blood loss, illness, depression and grief, I called the aunt that had attended my delivery. She came and got me. I crawled into a mattress on the floor they gave me, and slept. To be honest, I don’t remember much of that weekend. I barely had the strength to live.

Monday morning, a new social worker met with me, to tell me my options. I desperately wanted my daughter back, and begged my aunt and uncle to let me stay with them. They refused, and I turned to the social worker. She told me of another shelter I could stay at, and helped me apply. I returned to the first, and gathered up my things, and moved into the new shelter.

Within a week, my daughter was returned to my care. I was ecstatic all over again. For about 3 days, I only put her down so I could sleep some. I lived in terror that someone would take her again. But as the days went by, I grew more secure, and settled into this new role as mom.

There were more challenges to face in the coming months and years, but motherhood changed me forever. I discovered I was stronger than I had ever thought, and that my daughter somehow gave me the promise that I would always have the strength I needed to face anything.