Birth Story: my Gift of Peace 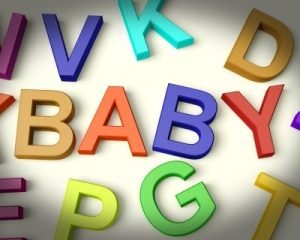 My middle child was the only one I can say I ever even came close to planning. My 2nd daughter was about 10 months old, and I brought up the idea of having another child to my husband. It was June 2009. I had just had a few days of spotting — what they call a “warning” cycle, and I knew my fertility was returning. My husband was in favor, though he thought maybe to wait a bit longer before really “trying”. I was at peace with that.

Little did we know that waiting wasn’t going to be an option. It was just a few days later after that conversation that a friend of mine asked me to test with her. She was hoping that she had conceived. Imagine our surprise when her test was negative, but mine was positive!!

So I began the process of finding prenatal care. Given that we had just moved to a new community and didn’t even have a family doctor, I called a health care line for a referral. We were referred to a general practitioner who delivered babies, a rarity in Western health care, in my experience. She took on my children and me as new patients. So between well-baby check ups, catching up on missed immunizations and prenatal appointments, we were there at least every 2 weeks.

The only catch to this was that she only delivered in a hospital in the nearest city — which was an hour away from my home. Given that my last two deliveries were under 5 hours, I was under strict instructions to go to the hospital at the first sign of labour.

Everything progressed normally. Baby girl was due February 25th. But on February 3rd, my life turned upside down. My marriage disintegrated in one of the scariest nights of my life, and unexpectedly, I found myself dealing with single parenthood, police, court dates and restraining orders, child protection services and women’s shelters and counsellors, while 9 months pregnant. I scrambled to make alternate arrangements to make prenatal appointments, especially since my estranged husband wasn’t allowed around our children without supervision.

February 25th came and went, and no sign of baby coming.

I woke up at 2 am, February 28th. As I sat up in bed, needing to use the washroom, I felt a soft “pop” deep inside, and immediately liquid gushed between my legs. I smiled. My water had just broken. It wasn’t a lot, but it was a sign that finally, finally, this baby was coming. I felt such peace it was incredible.

I called my mother, and told her what had happened. And I called my estranged husband, and explained to him as well. Within an hour, my mother was at my apartment to stay with my children, and my husband had picked me up to go to the hospital. It was a strange ride, given the circumstances, though there was peace.

By 5 am, we were at the hospital, getting checked in.

They confirmed my water had broken, and contractions, though not strong or regular, had started. Unfortunately, by 6 am, they had petered out to nothing.

The hospital told me to go home or go walk around. This baby was in no hurry. If nothing happened, we were to be back by 8 pm that night, so we could start induction.

We went out for breakfast. My husband drove around a bit so I could sleep in the front seat of our van. Then we went to a local mall to walk. I had to buy a new pair of pants, as I was still leaking water. We walked the mall for hours. Contractions would start, but then stop again. Nothing seemed to be happening.  We gave up and went for a drive. My husband sought out the bumpiest roads he could find, driving over construction sites (he worked for a construction company at the time) in hopes that the movement would kickstart labor. But nothing worked.

Finally we headed back to the hospital.

It was around 8 pm, and we checked into the maternity ward. By 9 pm we were all settled in, and we had an assigned nurse, who started an IV with a pitocin drip. Sure enough, by 12 am, March 1, labor began in earnest.

It was quick. So quick that the nurse didn’t really realize what was going on. By 1 am I was heading into transition. I told the nurse that I needed to lay down, as I was feeling shaky and slightly nauseous.  By 1:30, I felt baby’s head slipping further down the birth canal, and I informed the nurse that she should probably call for the doctor, as baby would be here shortly. She didn’t believe me, and told me I had hours to go yet.

Within 10 minutes, I told her I needed to push.

She looked up in alarm, and sure enough, baby was crowning. She started rushing, calling for backup, and grabbing the pads and equipment they needed. All the while, she urged me to hold on, at which I kind of laughed at her. She had nothing ready, but baby was coming now. I was still feeling that peace about the whole process.

The doctor on call came jogging into the room, just in time to catch my little girl, as I pushed her out in 3. 1:55 am, my 3rd daughter was born, all 7 lbs 7 oz of her. As I cradled her on my chest, while they did their clean up and the placenta was delivered, she immediately started to nurse. I was delighted, and my husband was crying, as he did at every delivery.

We were cleaned up..

and measured and bathed. When she was given back to me, I noticed that the sheen of fuzz on her head seemed a tinge of red. I wondered if this one had inherited the red hair of my family background.

We were put into a ward room for the rest of the night. My regular doctor peeked in on us just as we were getting ready to move, and told me she’d see me in the morning. We were left in peace.

That first night, my husband stayed with us in the hospital room. It was probably going to be the only chance he got for a while to spend time with our newborn daughter. She nursed frequently that night, but the nurses left us alone, which I appreciated.

By morning, I was ready to go home.

My doctor didn’t really want to discharge us, but she agreed, provided we saw her again the next day in her clinic. I agreed, and home we went. My mother had taken my other two children to her home, and we stopped in to introduce everyone.  Then I went home with my baby, just the two of us, to spend the night.

The next morning, we were in the doctor’s office. My doctor was concerned. Baby girl was yellowish, and it looked like jaundice had hit again. We were sent into the children’s hospital in the city, where we were admitted. The pediatrician put her on this light screen to combat the jaundice, and I nursed as frequently as I could. Unfortunately, my milk came in so fast that I grew engorged, and for a bit, it was a tough go to get nursing established. But the children’s nurses were great, and they even got a lactation consultant to come help me, so we managed.

Baby did give us a bit of a scare.

She was 5 days old, after our 3rd day in hospital, and the nurse was checking on her. And all of a sudden, she rolled from back to front. The nurse and I looked at each other and then back at the baby. The nurse said, “Did I just see what I thought I did?” I nodded. Shortly afterward, she wheeled in a crib.

She was my gift of peace.

We were discharged soon after, and we went home to settle in to life together. My daughter was the gift of peace I needed to restore my faith after the trauma of the past few months, and her name reflected that. She was a happy baby, who loved to nurse, slept often, and giggled at her sisters’ antics. She was a relatively easy baby to care for, which I appreciated, as life had just gotten more interesting.